Owls are very popular as home decor objects. An origami owl is not difficult to fold, as long as you are able to make a bird base form. Use these instructions to create paper owls that can be used to decorate your home or to adorn other projects.

How to Make a Bird Base

Most origami owl models are made using the bird base. This is a very common origami form. It is also used in the iconic origami crane.

A bird base is made by petal folding a square base. You can watch this video tutorial to learn how to make a bird base.

How to Fold an Easy Origami Owl

This origami owl is made with square paper. Small paper can be hard to fold, so it's best to make this model with paper that is at least 6 inches square if you're new to origami. If you don't have traditional origami paper, try cutting a square of brown or gray construction paper for use in your project.

After you've made your bird base, fold the top corner down. Flip the paper over and repeat on the back side. You should now have a shape that looks like a kite. 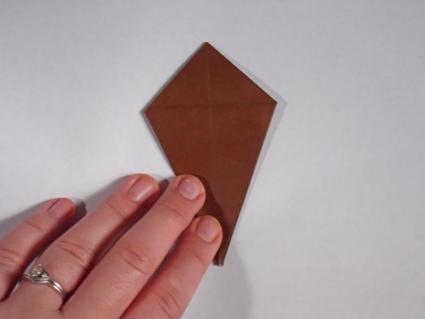 Fold the left and right corners in to the center line. Flip the paper over and repeat on the back side. 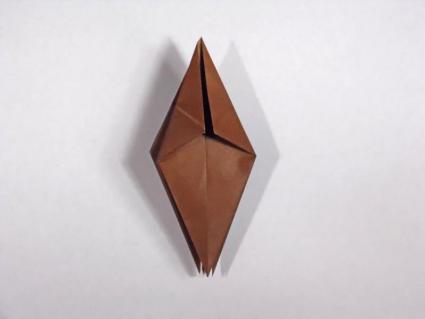 Reach between the flaps on the left side and pull the bottom corner out. This forms the first wing of your owl. Repeat on the other side to make your origami owl's second wing. 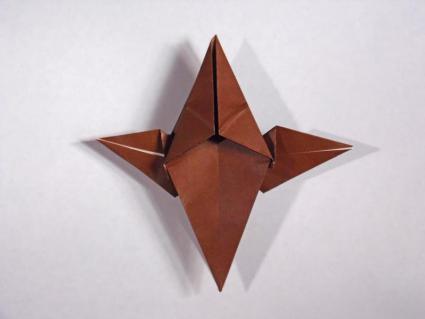 Fold the top point of the paper down, then back up slightly. Fold the paper down once more. This makes the beak of your owl. The paper can be quite thick at this point, so you may need to go over your crease with the edge of a metal ruler or a bone folder. 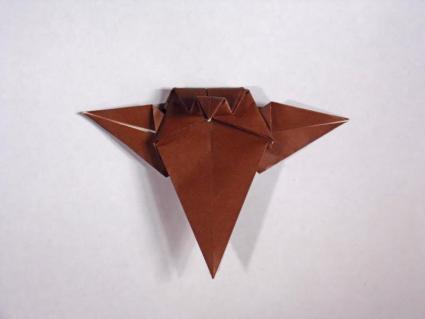 Fold the bottom point of the paper up, then down. This forms the tail of the owl. 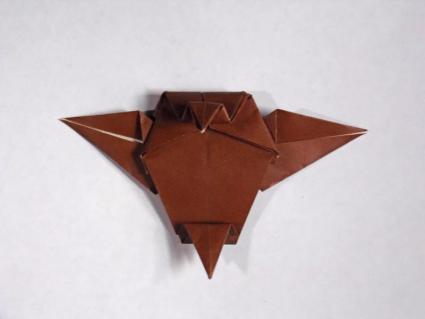 Fold the wings down to complete your origami owl. Add self adhesive wiggle eyes and feathers drawn on with a black pen, if desired. Embellishments aren't necessary, but can give your project a cute personalized touch. 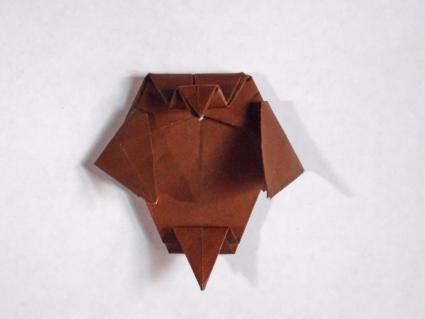 The origami owl is a traditional design, so it is the subject of many origami kits that have special patterned papers to give your finished model a realistic appearance. The owl in the photo at the top of this page was folded using paper from an "Origami Birds" kit produced by LPF Products and sold at Dollar Tree stores across the United States. The kit sells for $1 and includes papers for folding owls, swans, lovebirds, and cranes.

Traditionally, origami is done without the use of scissors or adhesives. If you don't mind a bit of cutting, however, you can use the bird base to make an owl with pointy ears and more pronounced feet following the directions in this video tutorial.

If you are an experienced paper folder, this origami owl designed by Jacky Chan is quite striking. It does not use the origami bird base, but relies on squash folds to make the owl's eyes. The design needs to be done with origami paper that is colored on one side and white on the other side.

The easy origami models above are relatively flat, so they can be added to handmade greeting cards, scrapbook pages, or framed wall art displays. The advanced origami owl designed by Jacky Chan is a 3D model designed to be placed on a shelf or tabletop.

0
Comments
© 2006-2020 LoveToKnow, Corp., except where otherwise noted. All Rights Reserved.
Resources, Advice & Tips for Covid-19
Read More
How to Make an Origami Owl