If you're an animal lover, there are many different types of origami dogs you can fold to add to your collection. The dogs can be used as cute decorations for scrapbook pages and other paper crafting projects or as fun toys to amuse the children in your life.

This traditional origami model is a beginner level project that is made from square origami paper. It uses a series of valley folds to create the finished shape. A valley fold is made by folding the paper towards you to create a crease that forms a "V" when it is unfolded. It gets its name because it looks a little like a valley.

To begin making your sitting origami dog, you will need to fold the kite base form. This is a common type of origami base that gets its name from the fact that it looks like a kite.

Start with the white side of your paper face up. Fold your paper in half diagonally. Unfold. Fold the left and right sides in to meet the center crease. Your paper should now look like a kite. 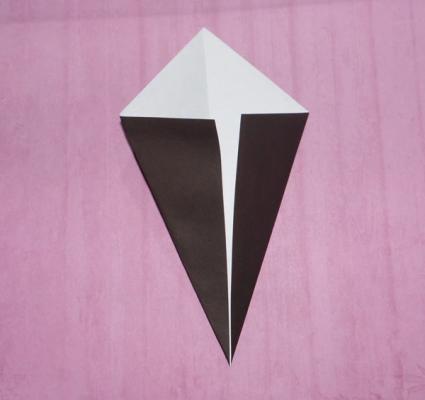 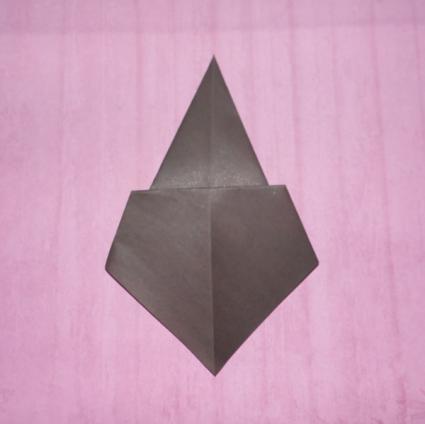 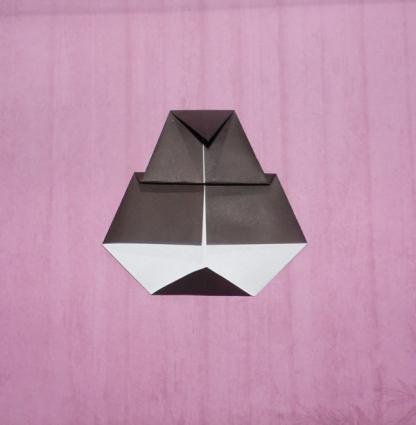 Valley fold the top triangle down so the tip is touching the base. 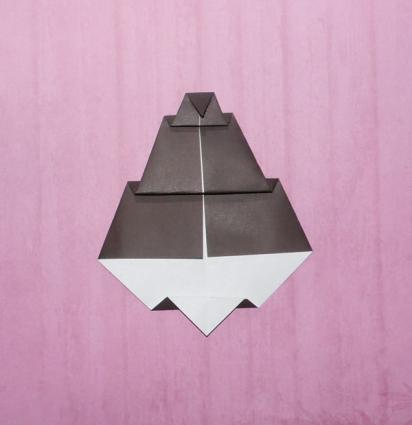 Make a vertical valley fold down the center crease. Go over this fold a few times with your fingernail or a bone folder to make sure the crease is nice and sharp. Rotate the model 45 degrees. 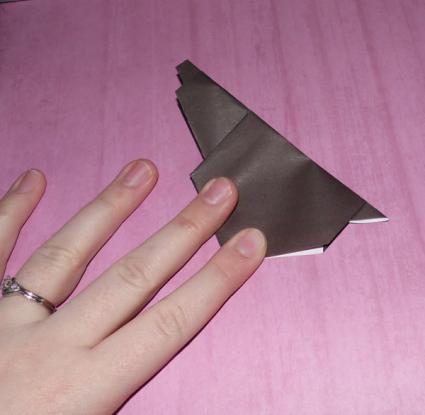 Make a vertical valley fold to create the dog's body, pushing in both sides of the paper from the middle to create legs that will allow your origami dog to sit up unassisted. Gently pull out the nose and tail slightly to provide shaping for the finished model. Add self adhesive wiggle eyes or other details if desired. 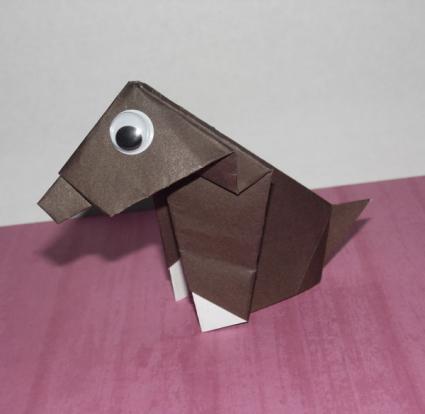 This simple Scottish Terrier design is easy enough for a child to fold, but has an instantly recognizable silhouette. The model is designed by Robert Neale.

This origami Doberman Pinscher is designed by Ares Alanya and folded by German R Fernandez with permission from the artist. It is a highly detailed model best suited for experienced origami artists.

If you prefer origami models that are useful as well as attractive, this bulldog bookmark is a unique twist on the traditional origami dog model. It is an intermediate level design.

When making origami dogs, don't get discouraged if your first few attempts fail to turn out properly. If you practice with scrap paper to perfect your technique, you'll be making adorable origami puppies in no time at all!

0
Comments
© 2006-2020 LoveToKnow, Corp., except where otherwise noted. All Rights Reserved.
Resources, Advice & Tips for Covid-19
Read More
How to Make an Origami Dog