Origami bats make perfect Halloween decorations. These spooky-looking paper creatures will be a hit with kids of all ages.

How to Fold an Easy Origami Bat

You can make an easy origami bat using a square sheet of origami paper or black construction paper, in any size. 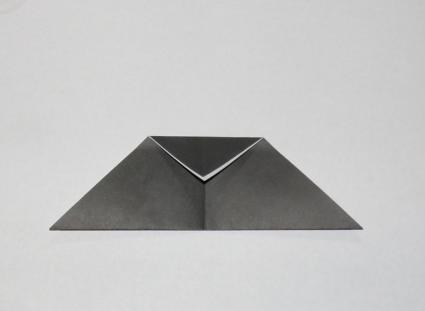 Fold the sides of the triangle in at an angle. Check to make sure the folds are symmetrical. 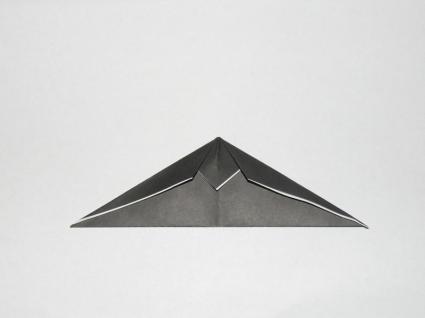 Lift up the middle flap and push it down with your finger. In origami, this is called a squash fold. The squash fold is used to make many different kinds of origami animals, including an origami panda. 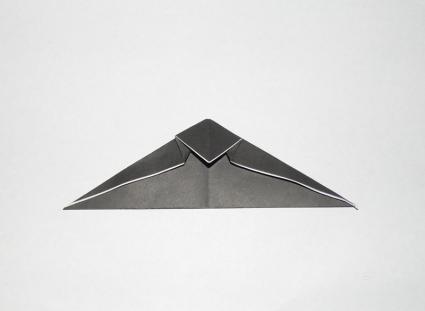 Flip the paper over. Fold the right wing straight across, then almost back to the first edge. You should have a small gap between the first and second folds. In origami, this is called a step fold.

Repeat the process with the left wing. 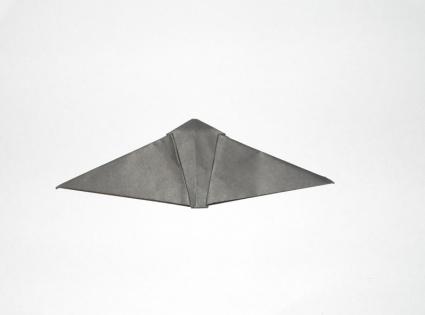 Flip the paper over once more. Stick your fingers in the flaps at each side of the paper and bring them up slightly. Carefully flatten the paper. This forms your origami bat's wings. Fold down the top point of the diamond in the middle of the paper to make your bat's ears. 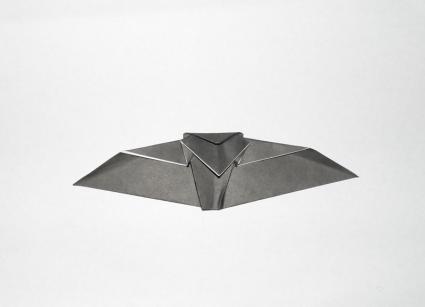 Make two creases in each wing to complete the bat. Decorate as desired using stickers, markers, colored pencils, crayons, or self-adhesive wiggle eyes to give your bat a bit of personality.

If you want to display your bat, try taping a loop of string to the back and hanging him in the window. 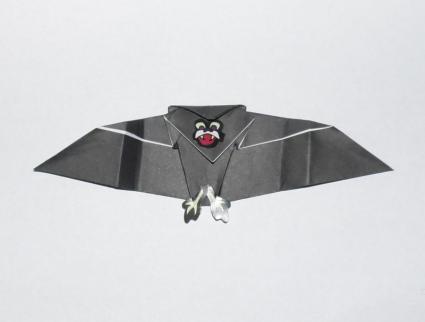 If you want to make a bat that flies, Micah of Micah's Toy Reviews has an excellent tutorial that teaches children how to make a paper airplane that resembles a bat.

If you're looking for a unique Halloween gift idea that doesn't involve sweets, this money origami bat would be a great choice. Kids won't mind not getting candy when they receive this cleverly folded money origami model.

Origami in the Classroom

Making origami bats can be be fun way to introduce children to the art of paper folding. Including a paper bat in your origami lesson plan can help you combine the craft with the popular theme of Halloween.

0
Comments
© 2006-2020 LoveToKnow, Corp., except where otherwise noted. All Rights Reserved.
Resources, Advice & Tips for Covid-19
Read More
How to Make an Origami Bat