Towel origami monkeys are a whimsical way to decorate your bathroom or to give towels to someone as a gift. The monkey design is fairly easy to fold and can be completed in about ten minutes.

To make a hanging monkey, you will need:

Hotels and cruise ships use white towels for their towel origami creations, but you can use whatever type of towels you want. If you're making a towel monkey as a gift, dark brown or tan colored towels would be appropriate.

To begin, lay your towel in front of you horizontally. Smooth out any wrinkles as best as you can. Roll the left and right sides in to the middle to make a long scroll shape. Fold the scroll shape in half so the rolls face outward. 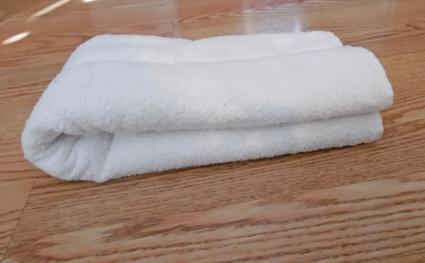 Find the towel corners contained in each roll and tug them out a little. 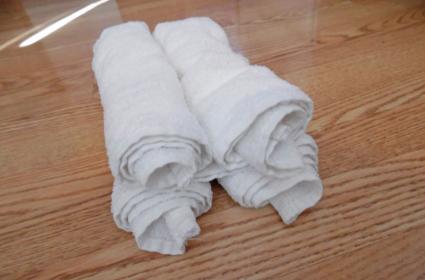 Take two of the opposite corners in each hand. Pull outward so the rolls twist and tighten. This forms the monkey's arms and legs.

If you're new to towel origami, don't get discouraged if your shape doesn't look right on the first try. If you're not pleased with the results, simply unfold your towel and try again. 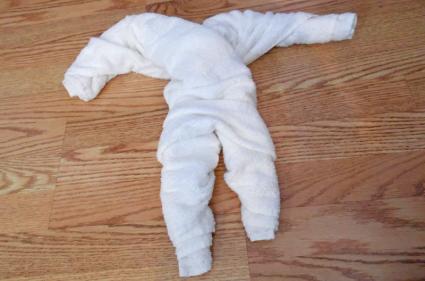 Use large safety pins to attach your monkey's arms to a sturdy clothes hanger. If you don't have a clothes hanger, try attaching the monkey to a shower curtain rod. 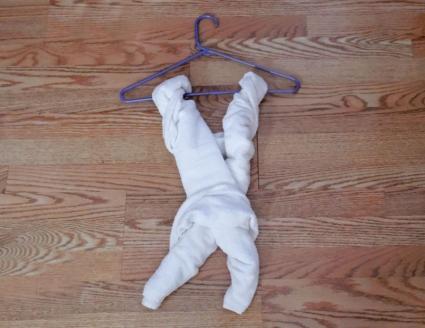 Now it's time to make your folded towel monkey's head. Lay the hand towel in front of you horizontally. Smooth out any wrinkles as best as you can. Roll the towel diagonally from the bottom left and top right corners. Stop when the rolls meet in the middle. This makes a diagonal scroll shape. 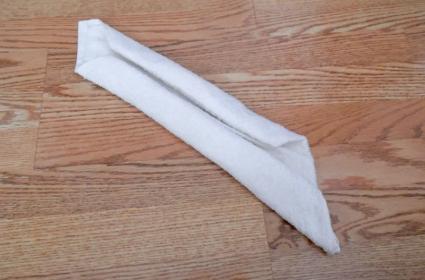 Roll the bottom towards the top, taking care to make sure your rolls from the last step don't come unfolded.

Flip the towel over and carefully fold the top layer of the point backward. This forms your monkey's mouth.

Tuck in the loose ends and secure the points with a safety pin. 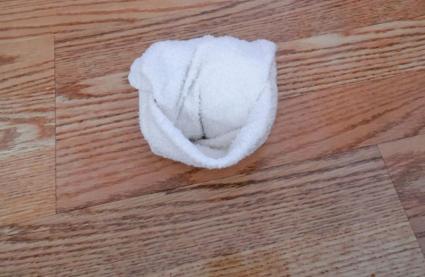 Add the monkey's head to the body, pinning if needed. Add any desired finishing touches, such as sunglasses or a colorful necklace. 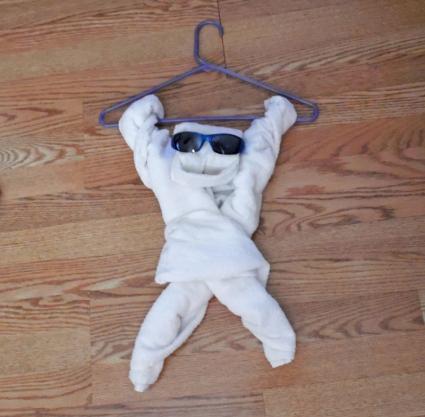 This design can also be propped up if you'd prefer not to hang it from a clothes hanger or shower curtain rod. If you've decided to prop your monkey upright instead of hanging him from a clothes hanger, you can place a banana in his hands so he has a yummy snack to enjoy. You could also fiddle with the positioning so the monkey is jumping out of a towel origami basket. If you go this route, however, remember to fold the monkey and the basket from two contrasting colors of towels. A basket made from a striped beach towel would give a pleasant pop of color to your finished design. 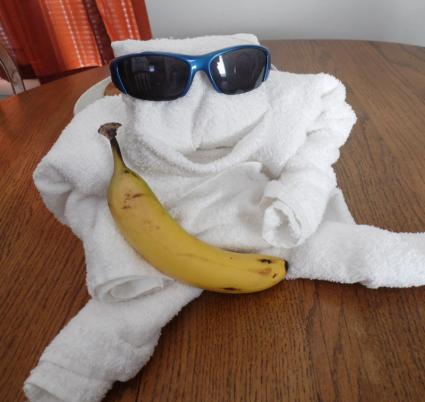 Turn Your Towel Origami Monkey Into a Cute Bunny

One of the most interesting aspects of towel origami is that many designs use the same basic folds. If you enjoy making this towel monkey, the bunny folded towel project uses a very similar technique. Feel free to experiment with different rolled shapes to see what other animals you can come up with!

1
Comments
© 2006-2020 LoveToKnow, Corp., except where otherwise noted. All Rights Reserved.
Resources, Advice & Tips for Covid-19
Read More
How to Make a Monkey with Towel Origami