Decorative towel folding is one of the most unique forms of art. It is quite like paper origami in that you will be folding the towel in various shapes to create a new object. If you're looking for a way to impress and amuse guests or to give towels to someone as a gift, you'll love learning about the art of towel origami.

A towel boat is made using a single square washcloth. It's designed to lay flat on a table or bed.

To begin, place the square washcloth on your work surface at a diagonal. Fold the bottom corner up to meet the top corner. You should now have a large triangle shape. 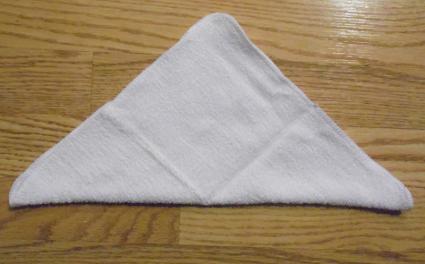 Fold the left and right corners up to make a diamond shape. 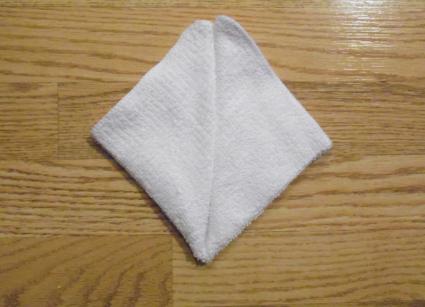 Flip the model over. Bring the top two layers down. Carefully tuck under the bottom portion to flatten out the base of the boat.

Add a tiny action figure inside the boat to make a cute surprise for a child. If desired, place the design on a blue beach towel to mimic the look of ocean waves. 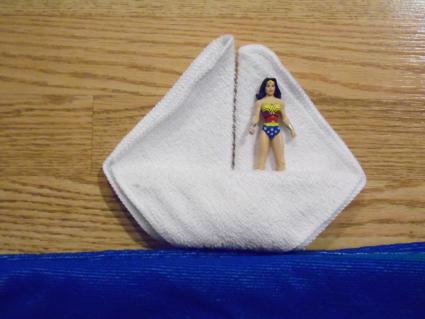 This simple towel design is also done using a square washcloth. It's a modified version of the traditional paper origami pinwheel project and will need to lay flat on a bed or table when you're finished.

Start at the lower right hand corner. Make a light diagonal fold and bring the edge over so it's pointing down as shown. 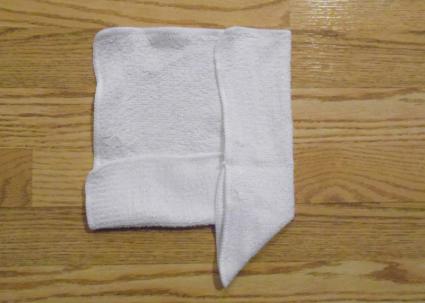 Bring the edge of the upper right hand corner over so it's pointing to the right. 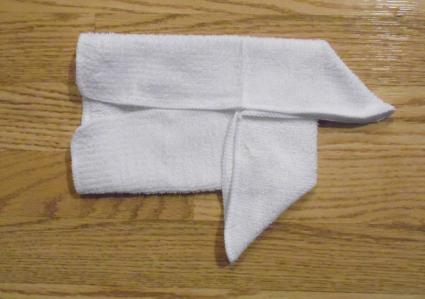 Arrange the top left edge so it's pointing straight up.

Bring the bottom right edge over so it's pointing to the right. The edge should fall easily into place by this point in the project.

Add finishing touches as designed. You could use a small decorative soap or a colorful bath sponge as a center for the pinwheel. This example uses an eos lip balm because of its distinctive round shape. 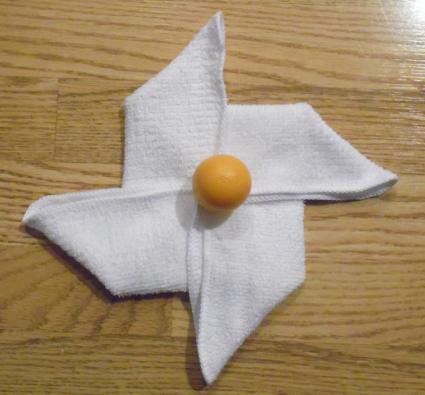 A towel origami heart is a romantic surprise for your significant other. This design is made from one standard sized bath towel. It is difficult to transport, so it's best to fold this design on the table or bed on which it will be displayed.

To begin, find the middle of one of the long sides of your towel. Roll each half of the long edge of the towel to make a cone shape. 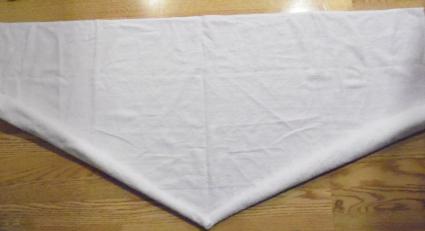 Start rolling up the sides to make two large rolls. Keep rolling sides until both rolls come together in the center. Try to keep the rolls as tight as possible. 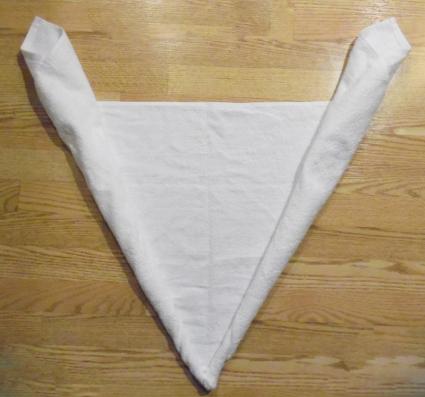 Arrange the loose ends of your rolls to make a heart shape. This is a very relaxed design, so feel free to tweak it until you have a shape you like. Add any desired finishing touches, such as flower petals, wrapped candies, or a framed photo of you and your sweetheart. 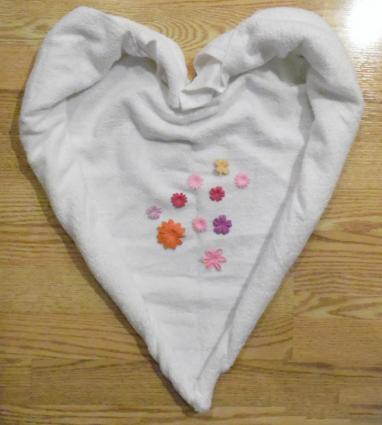 Get Creative with Towels

One of the best ways to learn towel origami is to practice. Unlike paper origami, there are no material costs. If you make a mistake, you simply unfold the fabric creation and start again.

Even if you've never tried any form of origami, you can play around with towel shapes and come up with something creative. Once you've mastered the simple designs featured here, try creating towel origami animals such as a swan or cat.