If you're interested in folding animals, you'll love making an origami tiger. Although this is a project best attempted by those with intermediate level folding skills, it creates a great three-dimensional paper tiger.

How to Fold a Tiger

If you're new to origami, practice your skills with some simpler projects like a basic origami cat before trying to make a tiger. Once you're ready for a challenge, go slowly and be patient with yourself. This is a complicated model, but the end result is well worth the effort.

Make the Bird Base Forms

This origami tiger uses two bird bases. The bird base is a common origami form used to make models such as the classic paper crane.

Flip the paper over. Make diagonal creases in the paper by bringing the two opposite points together, creasing the fold, and unfolding. Do this with both sides. When you unfold your paper, it will have several creases going from the center. 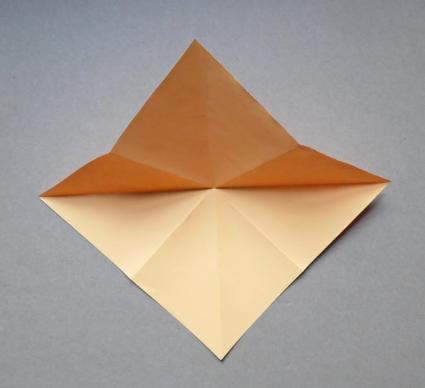 Use the creases to collapse the paper into a layered square. In origami, this is called a square base. 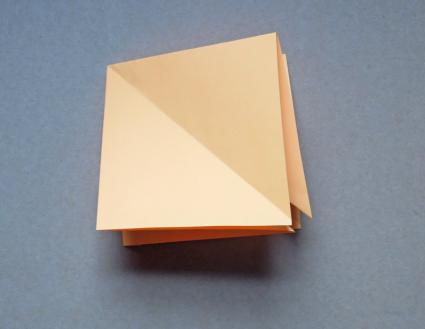 Fold the top part of the kite down and crease the fold. Unfold.

Bring the bottom of the top layer to the top of the model. Gently flatten the folds to make a long diamond shape. 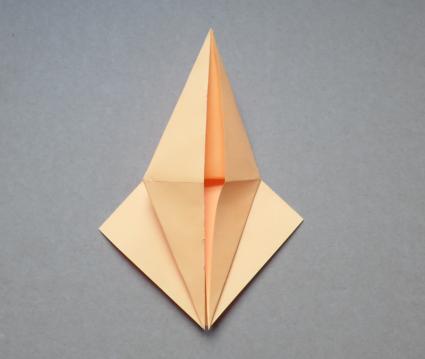 Turn the paper over and repeat these steps with the other side. This completes your first origami bird base. Repeat to make a second identical bird base form with the other square of paper. 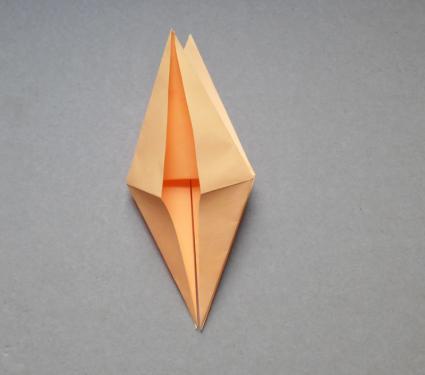 The first bird base you made creates the tiger's head and front legs.

Place your bird base in front of you with the two open points facing you. Inside reverse fold these points. Inside reverse folds are made by mountain folding the paper, then carefully prying it apart and pushing the tip down so it is in between the two sides of the paper. 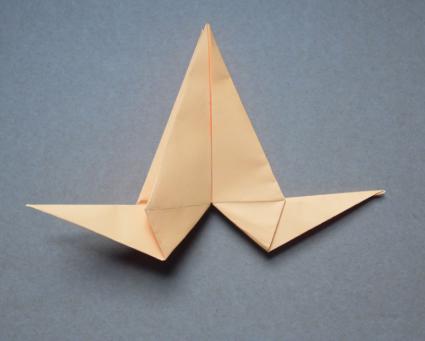 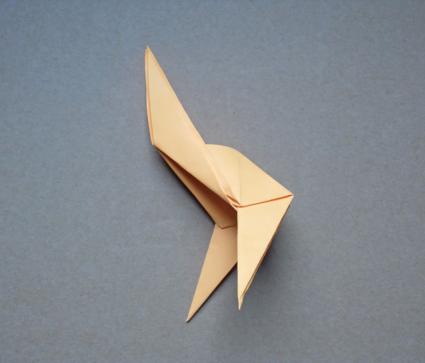 Shape the tiger's head by folding the top of the shape down. Tuck the bottom point under. Make two small slits on the top of each side, cutting the top layer only. Fold these points up and out to form the tiger's ears. 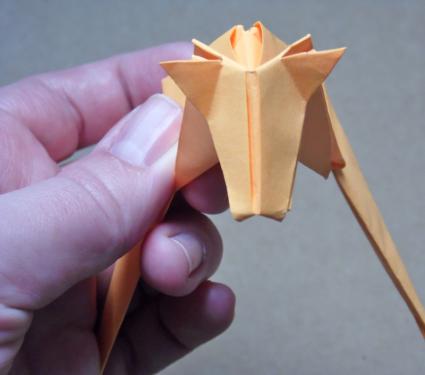 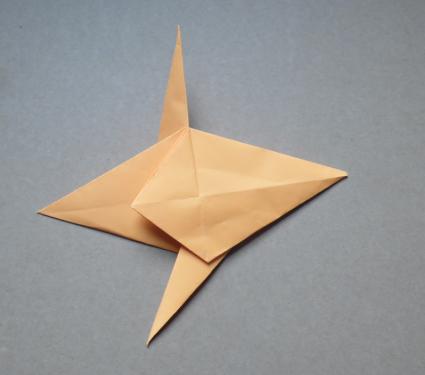 Fold the top and bottom sections of the right flap in so they are almost touching the middle horizontal center of this section. Press the sections above and below this flap flat as needed. 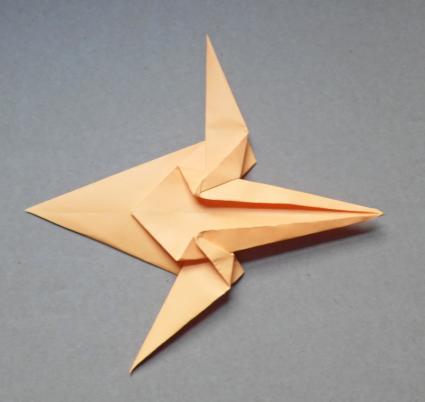 Fold the far left point to the right so it is touching the layered middle section of your model. 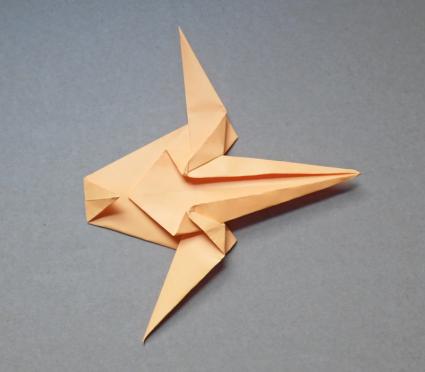 Fold the model in half horizontally. 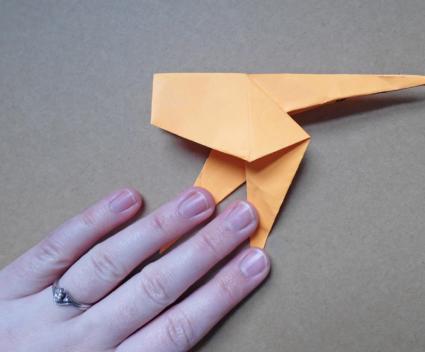 To finish your origami tiger, tuck the non-head end of the first shape into the pocket in the bottom of the second shape, making sure the center creases of both shapes match up. The model should stay together without adhesive, but you may want to add a little glue to help secure the two parts. 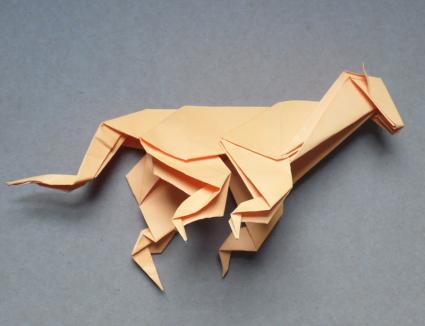 Add stripes and facial features as desired using your fine tipped black marker. This helps give your tiger a more realistic appearance. 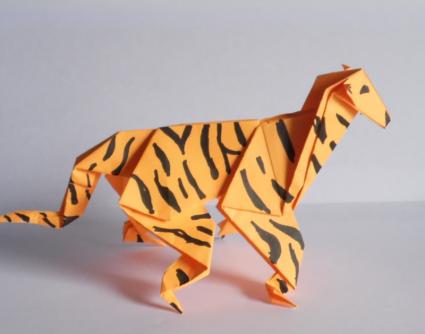 Once you've mastered the origami tiger, try your hand at other animals. The dragon and Pegasus are popular choices with expert folders, and you can't go wrong with either. Soon you'll have a zoo full of paper creatures!