An origami dragon is one of the more challenging folding designs. There are several different methods that you can use to create this mythological creature.

To make an origami dragon you'll need just one sheet of square paper. You can use origami paper or any other sturdy sheet cut into a square.

This dragon design is based on the traditional origami crane. The crane is one of the first few models many people learn to fold when studying paper folding.

Begin folding with the patterned side of the paper face up. Make diagonal folds from opposite points of the paper, then unfold. The folds should form a large X across the paper.

Flip the paper over. Fold the paper in half both ways to form a cross on the page. Lay the sheet flat again. 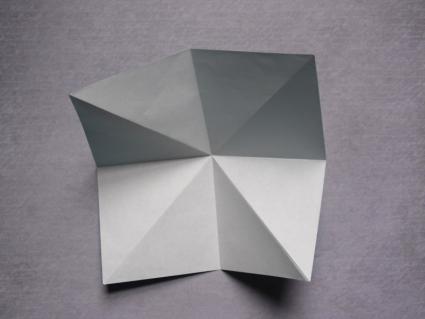 Use the creases you've just made to collapse the paper into a square base form. This is a common origami base used in many different projects. 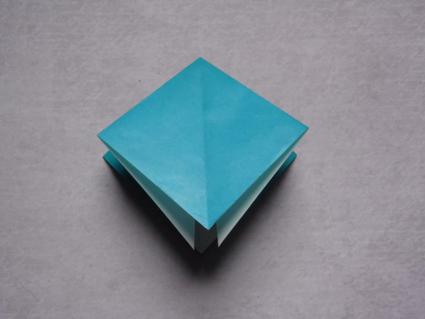 You should now have a square with flaps. Orient your square so that the sides can be opened. Fold the top tip and top right edge down on an angle to the center. Fold the left corner to the left. Make sure to crease your folds very well. Unfold these creases. Fold the top down to make a crease that connects the creases on the left and right sides. Unfold. 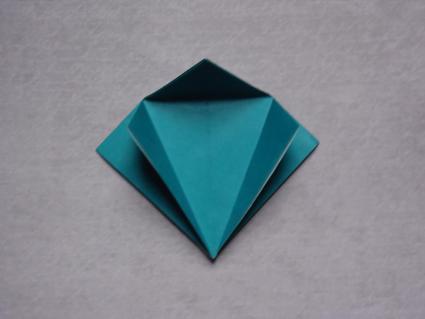 Open the top layer of paper, pressing down the edges so they meet on the center. 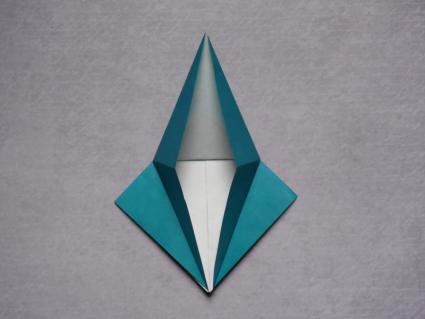 Flip the paper over and repeat the last two steps on the other side. This turns your square base into a bird base form. 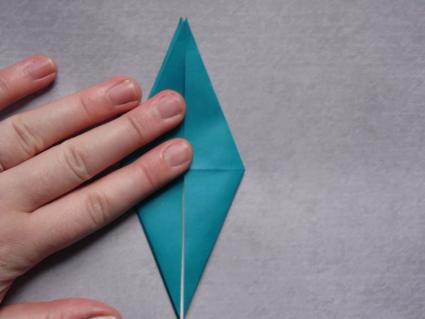 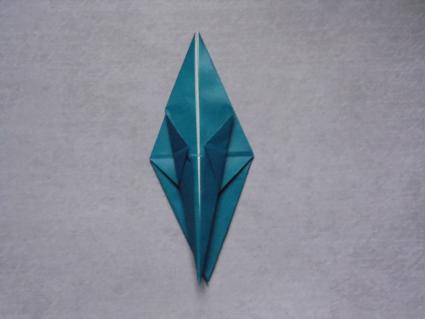 Flip the right bottom flap back behind the model. 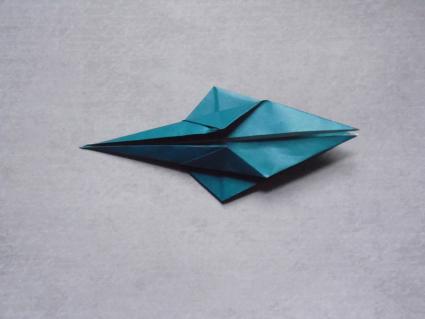 Rotate the paper so the closed point of the bird base is on the bottom. 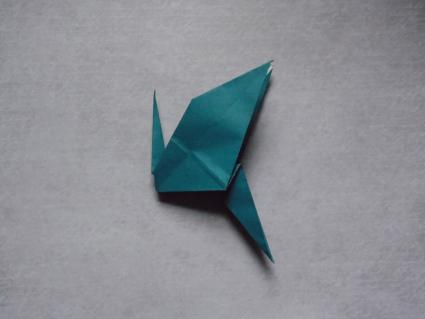 Make a second inside reverse fold on the head to add a face to your dragon. Make two accordion folds on the tail to add make it appear scaled. 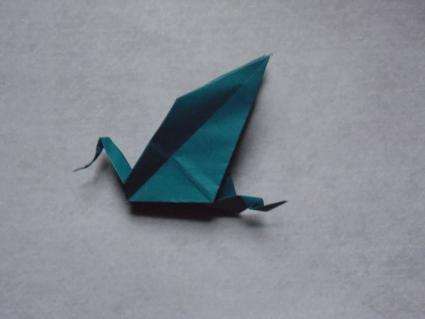 Complete the dragon by shaping the wings. In this example, the wings are folded down like they would be when making an origami crane. Then, a few accordion folds have been added to create the desired shape. If you want a less angular look for your dragon, curl the wings with your fingers to complete the project. 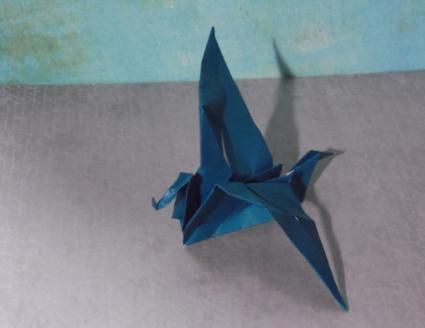 The crane-based origami dragon folding project is relatively simple compared to some of the other projects available online. This video tutorial by Origamite shows how to fold a slightly more advanced dragon. The added steps help define the wings, head, and legs to give the dragon a more realistic appearance.

This advanced level origami fiery dragon designed by Kade Chan and folded by Joe Nakashima has an elegant sculptural look. It takes about an hour to fold, but it is a piece you'd be proud to display in your home.

Be Patient and Have Fun

Creating an origami dragon will take both patience and practice. These creatures can be quite challenging to fold, but the results are well worth the effort.

0
Comments
© 2006-2021 LoveToKnow, Corp., except where otherwise noted. All Rights Reserved.
Resources, Advice & Tips for Covid-19
Read More
How to Make an Origami Dragon