If you want to make a statement at your dinner table, consider trying napkin origami. This variation of traditional origami uses basic folds to make designs from napkins. In most cases people use cloth napkins for their projects, but you can also create the following models with paper napkins if you prefer.

Most paper napkins come already folded into smaller squares. To get the best looks, either open up the napkins ahead of time and press them between heavy books to remove some of the creases, or consider using a high-quality paper towel in a square shape in place of a paper napkin. 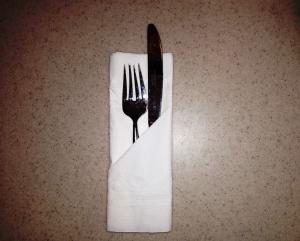 This easy fold makes a handy pocket to tuck the utensils inside. Using it is a great way to save space if you're decorating your table with several elements for a holiday or party. 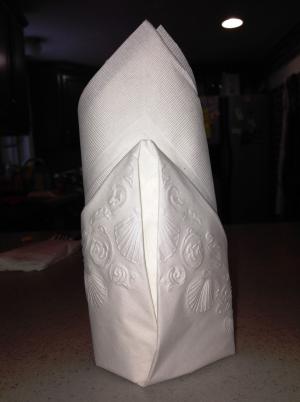 This charming fold stands up straight on the plate, looking like a tightly folded rosebud. Due to the types of folds you need to make with this shape, consider using a very stiff, heavy paper napkin, not one with any kind of cotton blend. 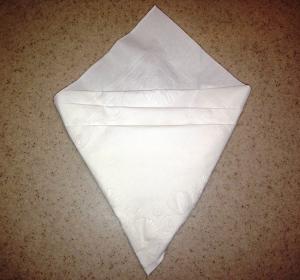 This is a slightly fancier cone fold when laying the napkin on a plate. It works well with pre-folded napkins, because the initial folds form along the lines where the napkin is already folded. 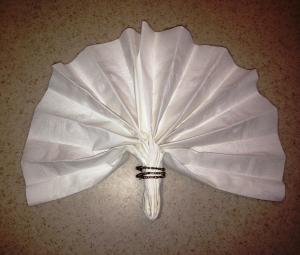 If you plan on using napkin rings to help dress up the table, this easy fan fold will make the most of your napkin display. Oversized or cotton-blend paper napkins work well in this fold.

When learning how to fold paper napkins, it's helpful to consider the following tips:

Just because you're using paper napkins doesn't mean you can't have an impressive table. Fold your napkins using any of these techniques to help your place settings really shine.