An origami turkey is an excellent Thanksgiving Day craft project. Paper turkeys can be used as creative centerpieces or place cards for your holiday meal.

You can make a basic origami turkey by making slight modifications to the traditional origami swan design.

Start with a square piece of brown origami paper. Place it in front of you in a diamond shape. Fold in half, from right corner to left corner. Open the paper back up. Fold the bottom right edge to the center line. Repeat this process with the other side. When completed, these folds create a kite shape. In origami, this is called a kite base form. It's a common structure that is used to begin many different types of projects. 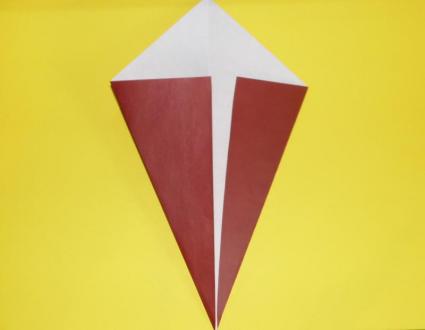 Fold the left and right sides of the paper in to meet the center crease once more. 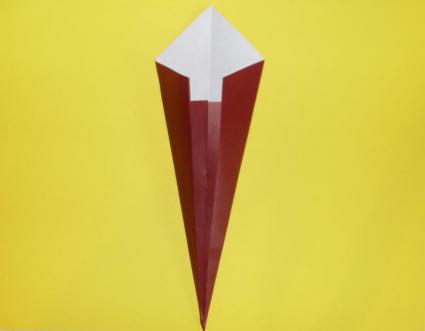 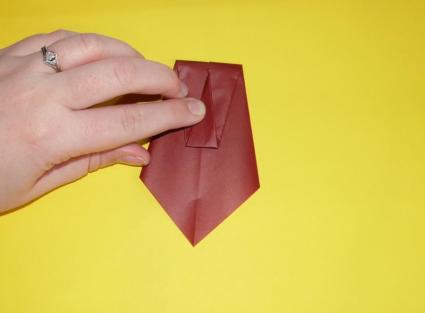 Pinch the head while folding the turkey in half. It should fold right in the center of the head. You will be folding it backwards, so that the head remains sticking out. Fold the very tip of the head down, at a 90-degree angle from the rest of the head. This creates the turkey wattle. 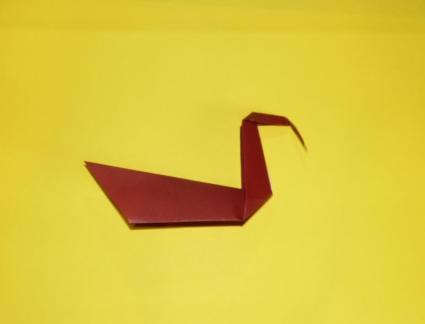 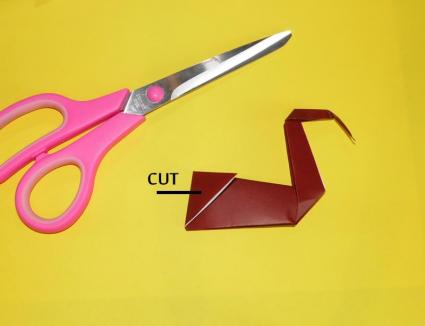 To form the tail, you will need to use your second sheet of square paper. Pleat it in an accordion fashion, folding it back and forth on itself. If desired, you can decorate the paper to add embellishments to your turkey's tail. This example uses stripes that were added with strips of patterned washi tape. Washi tape is a type of Japanese masking tape used in paper crafting. It can be found in most major craft stores. After the paper has been decorated and pleated, fold it in half and make a sharp crease. 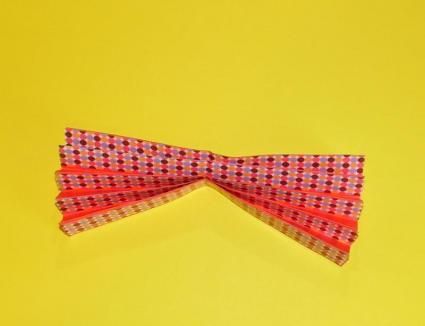 Open up the pleats in a fan shape. With a bit of careful placement, the pleats should sit upright to form the tail. This completes your origami turkey. 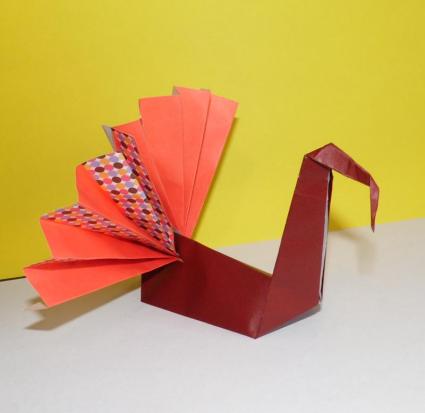 This video tutorial shows another easy origami turkey project. It is also made using a kite base, but can be completed from just one sheet of paper.

If you're ready for more of a challenge, you can try making an origami turkey that uses two squares of paper that are the same color on both sides. This turkey was designed by Marcela Brina.

Origami is an excellent art form to enjoy during holiday gatherings because it can be practiced by people of all ages. Set out supplies for making origami turkeys when your guests arrive and let everyone have fun making a special Thanksgiving memory together.